The top elections official in Harris County and a host of organizations that serve Texans of color and Texans with disabilities have fired the opening salvos in what’s expected to be an extensive legal battle over Texas’ new voting rules.

In separate federal lawsuits filed in Austin and San Antonio, the coalition of groups and Harris County sued the state over Senate Bill 1 before it was even signed into law, arguing it creates new hurdles and restrictions that will suppress voters and unconstitutionally discourage public officials and organizations from helping Texans exercise their right to vote.

The lawsuits claim the legislation violates a broad range of federal laws — the Voting Rights Act, the Civil Rights Act, the Americans with Disabilities Act, the Rehabilitation Act of 1973 — and the First, 14th and 15th Amendments.

“Egregiously, SB 1 takes particular aim at voters with disabilities, voters with limited English proficiency — who, in Texas, are also overwhelmingly voters of color — and the organizations that represent, assist, and support these voters,” the plaintiffs in the Austin lawsuit wrote in their complaint.

The plaintiffs in the San Antonio lawsuit, which includes Harris County, also raise claims that lawmakers intentionally discriminated against voters of color in pushing the legislation.

SB 1 is a far-reaching rewrite of the state’s election code that further tightens voting-by-mail rules, reins in local efforts to expand voting options, bolsters access for partisan poll watchers and sets new rules — and possible criminal penalties — for those who assist voters in casting their ballots. The measure, which awaits Gov. Greg Abbott’s signature, was pushed by Texas Republicans in the name of “election integrity” and safeguarding voting from fraud.

The plaintiffs attack head on the lack of evidence that fraud is a widespread problem in Texas elections.

In the San Antonio lawsuit, they argue SB 1’s “additional burdens and restrictions” cannot be justified by invoking “unspecified and unproven voter fraud” when there is no proof that it occurs “beyond the very few examples already identified through Texas’s pre-existing processes and procedures.”

“Rather … SB1 is a reaction to Texas’s changing electorate, which is now more racially diverse and younger than ever before,” they wrote in their complaint.

The claims raised collectively in both lawsuits are as expansive as the legislation is far-ranging.

They include claims on SB 1’s new restrictions on voter assistance, including the help voters with disabilities and those with limited English proficiency are entitled to receive. The plaintiffs point to the reworked oath that a person assisting a voter must recite, now under penalty of perjury, that no longer explicitly includes answering the voter’s questions. Instead, they must pledge to limit their assistance to “reading the ballot to the voter, directing the voter to read the ballot, marking the voter’s ballot, or directing the voter to mark the ballot.”

As part of its claims of intentional discrimination, the lawsuit that includes Harris County as a plaintiff also calls out SB 1’s prohibition on the drive-thru and 24-hour voting initiatives used by the diverse, Democratic county in the 2020 election — both of which county officials said were disproportionately used by voters of color.

SB1 also makes it a state jail felony for local election officials to send unsolicited applications to request a mail-in ballot. Several counties proactively sent applications to voters 65 and older who automatically qualify to vote by mail, but Harris County attempted to send them to all 2.4 million registered voters last year with specific instructions on how to determine if they were eligible.

In outlawing those voting initiatives, Republican lawmakers made it clear they were targeting the state’s most populous county, even though other counties employed similar voting methods.

“My first and only priority is to educate and help voters to lawfully cast their ballots,” Harris County elections administrator Isabel Longoria said in a statement. “Voting by mail is not simply another method to vote — for many senior voters and voters with disabilities, it’s their only option to vote. SB1 makes it a crime for me to encourage those who are eligible to vote by mail to do so, effectively making it impossible to fulfill my sworn duty as Elections Administrator.”

Both lawsuits also argue the constitutionality of a section of SB 1 that creates new a “vote harvesting” criminal offense, which it defines as in-person interactions with voters “in the physical presence of an official ballot or a ballot voted by mail, intended to deliver votes for a specific candidate or measure.” The lawsuits argue the language in that section — and the criminal penalties attached to it — are unconstitutionally overbroad and vague and could serve to quash legitimate voter turnout initiatives.

The lawsuits also challenge provisions of SB 1 that bolster protections for partisan poll watchers inside polling places and new ID requirements for voting by mail.

In a statement Friday, a spokesperson for Abbott defended the measure — and the two special sessions the governor called to get it across the finish line — as an effort to protect the integrity of elections.

“Texas is making it easier to vote and harder to cheat, by increasing early voting hours, creating more transparency in the election process, securing every ballot, and ensuring uniform statewide rules,” said Renae Eze, Abbott’s press secretary. “Senate Bill 1 will solidify trust and confidence in the outcome of our elections.”

The Texas attorney general’s office, which represents the state in court, did not immediately respond to a request for comment. Abbott is named as a defendant in the San Antonio suit, and Attorney General Ken Paxton in both.

The fight over SB 1 was destined to move from the state Capitol to the federal courts.

Behind the lawsuits are civil rights groups that during the legislative process repeatedly warned lawmakers their proposals could violate federal law and protections for voters of color and voters with disabilities.

The San Antonio plaintiffs are represented by the Mexican American Legal Defense and Educational Fund and the Brennan Center for Justice. Among the lawyers for the Austin plaintiffs are the national and Texas arms of the American Civil Liberties Union and the Texas Civil Rights Project.

The lengthy roster of plaintiffs features get-out-the-vote groups like the League of Women Voters and REV UP Texas, which focuses on voters with disabilities; advocacy groups whose work is focused on voters of color, such as the Texas Organizing Project, La Unión del Pueblo Entero and the greater Houston chapter of OCA-Asian Pacific American Advocates; as well as religious entities like the Friendship-West Baptist Church, which serves a predominantly Black congregation in Dallas, and Texas Impact, a faith-based advocacy group.

Join us Sept. 20-25 at the 2021 Texas Tribune Festival. Tickets are on sale now for this multi-day celebration of big, bold ideas about politics, public policy and the day’s news, curated by The Texas Tribune’s award-winning journalists. Learn more.

Previewing the Texas House races in the Katy area 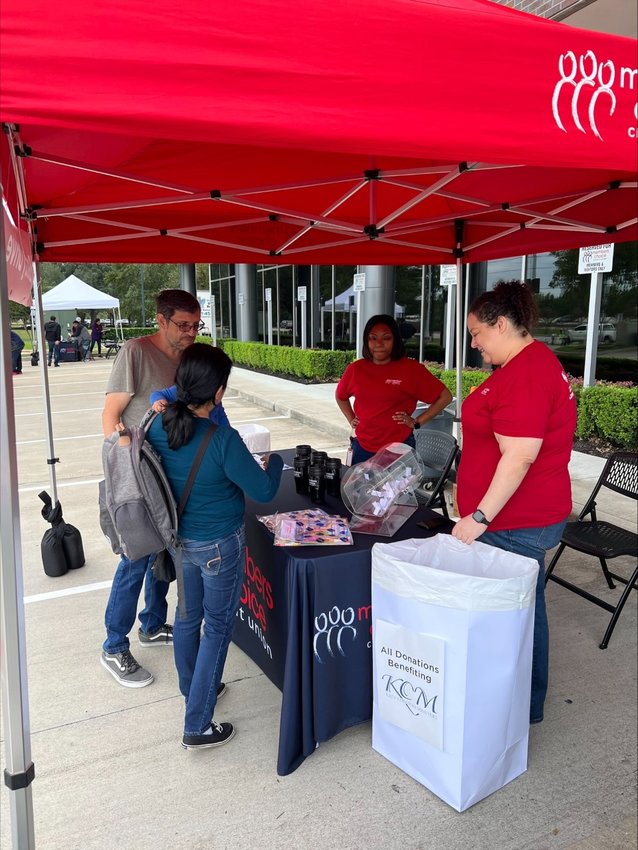