In unanimous votes by the Katy ISD Board of Trustees, Stephanie McElroy was promoted to principal of Bear Creek Elementary School while Shannon Smith was appointed principal at Shafer Elementary …

The Katy ISD Board of Trustees met virtually Tuesday evening due to the COVID-19 pandemic rather than at the Education Support Complex pictured above, which is their usual meeting place.
R. Hans Miller
Stephanie McElroy will begin as principal of Bear Creek Elementary in the fall.
COURTESY KATY ISD
Shannon Smith will take on the principal’s desk at Shafer Elementary for the 2020-21 school year.
COURTESY KATY ISD
Katy ISD has tentatively proposed the above dates for graduations over the summer. Administration is working out a plan to ensure state guidelines are followed for the ceremonies to protect attendees from the new coronavirus.
SOURCE: KATY ISD
Posted Tuesday, May 26, 2020 11:23 pm

Our goal has always been to provide an in-person graduation for all of our graduates. We feel that’s what our graduates deserve; that’s what our families want and that continues to be our goal to do.”
Katy ISD Superintendent Ken Gregorski
By R. Hans Miller | Times Senior Reporter

In unanimous votes by the Katy ISD Board of Trustees, Stephanie McElroy was promoted to principal of Bear Creek Elementary School while Shannon Smith was appointed principal at Shafer Elementary School. The board also discussed options for graduation ceremonies, eventually supporting an outdoor, socially distanced group of ceremonies in June and July.

McElroy began teaching with Katy ISD in 1998 as a fifth-grade teacher. She later moved to Sealy ISD to become assistant principal at Selman Intermediate School and was later promoted to principal at that educational institution, according to a Katy ISD press release. Afterwards, she transferred to Fort Bend ISD as the associate principal of curriculum and development at Sartartia Middle School. In 2015, she became principal of Navarro Middle School in the Lamar Consolidated School District. McElroy has a bachelors degree from Sam Houston State University and a Masters Degree from the University of Houston in Clear Lake.

Smith first began as a teacher at Berry Middle School in Mesquite, Texas in 2005. She was promoted to testing coordinator for that campus in 2009. She later became assistant principal at Sherman High School in Sherman, Texas. In 2012 she relocated to the Cypress Fairbanks ISD just north and east of Katy ISD where she returned to a teaching role. Smith joined Katy ISD as assistant principal at Exley Elementary in 2015 and three years later moved to Taylor High School as assistant principal there. Smith received her bachelors degree from Texas Tech University and her masters degree from Texas A&M Commerce.

“We were waiting as a district to receive further guidance from the state and from the (Texas Education Agency),” Gregorski said. “Some of you may or may not know – TEA was tasked with providing districts a variety of parameters that they could give to us for hosting our graduations.”

The first option of having the usual graduation ceremonies at the Leonard E. Merrell Center in downtown Katy was not possible, because Abbott’s guidelines required social distancing and outdoor ceremonies.

The second option was to have an outdoor ceremony with graduation ceremonies taking place at Legacy Stadium’s Johnston Field, located at 1830 Katyland Drive, near the intersection of Franz Road and Katy Hockley Cutoff Road.

“We continue to have dates on hold for June and July for an in-person graduation and we’d always hoped to get back into our (Leonard E. Merrell Center) and have traditional graduations the way we’ve always had them, but that does not look like an option,” Gregorski said.

A third, virtual option for graduation was also discussed, wherein students would walk the stage but not be gathered as a group and copies of digitally produced ceremonies would be provided to graduates and their families. Gregorski said the feedback he’d gotten from parents and the community as a whole was that the virtual option was not sufficient to honor Katy ISD’s 2020 graduates.

After discussion, the board took no formal action but reached an informal consensus supporting the outdoor ceremony option. Gregorski said staff would work to implement a plan for the outdoor ceremony and inform students and those celebrating graduation with them of that process in the near future.

Texans are well-served by state government

Trustees set May trustee election, will consider November bond election
Katy school trustees Monday set a May 6 election at which district voters will decide who fills three positions on the board of trustees.

State of the City: Leaders tout new mall clients and local development
Katy is revising its strategic plan for future growth while it welcomes new businesses to the city, Mayor Dusty Thiele and City Administrator Byron Hebert said at the State of the City address. 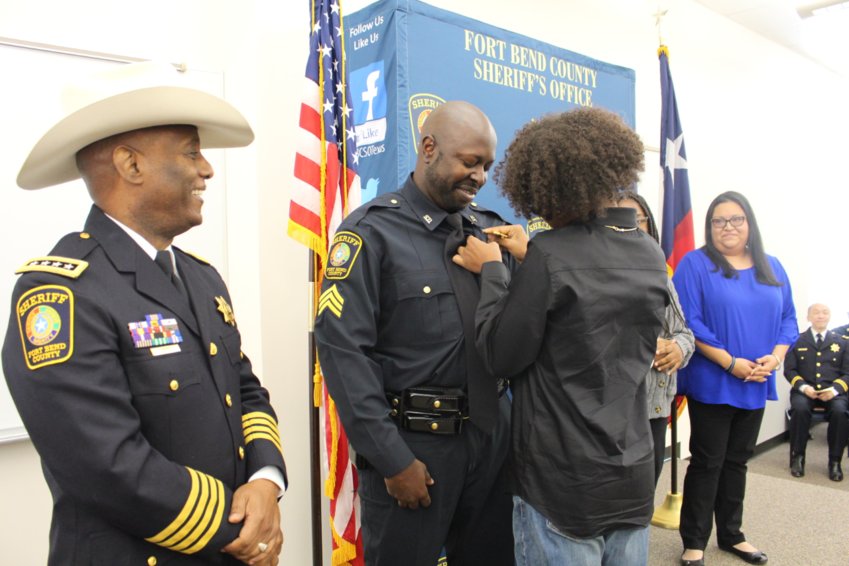